The name is Wilton 'Bogey' Gaynair. He plays tenor. Though the name may be new to you now, I think you'll hear it often in the future. Wilton hails from Kingston, Jamaica, and was a schoolboy contemporary of trumpeter Dizzy Reece (who can be heard on many Tempo sessions) and saxist Joe Harriott. "Bogey" is 32 years old (born January 11, 1927) and is no Johnny-come-lately to jazz. At Dizzy's suggestion he came to Europe in 1955. When he arrived in London, he sat in at a few clubs, impressing everyone with his potential and very emotional conception. Then, because at the time the work scene in town was far from lucrative, Bogey cut out for the Continent where he has played continuously since. Bogey came back to London for a three-week holiday in August '59 and for the first few days he could be seen around the clubs, sax-less, just sitting and listening. I sat and listened with him on several occasions and watched his favourable reaction to such British tenorists as Tubby Hayes, Ronnie Scott, Kathie Stobart, Don Rendell and Bob Efford. 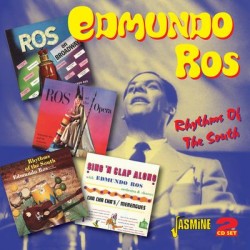 DUKES of DIXIELAND - Do You...