Often labelled ‘The first lady of folk’, Joan Baez was born in 1941. She is an American folk singer, songwriter, musician, and activist whose contemporary folk music often includes songs of protest or social justice. Fluent in Spanish and English, she has recorded songs in several other languages.

Baez has been an important interpreter of songs by Bob Dylan, the Beatles, Woody Guthrie, The Rolling Stones, Pete Seeger, Paul Simon, Stevie Wonder, and Leonard Cohen. Many songs she has selected have gone on to be associated primarily with other artists – such as ‘House Of the Rising Sun’ by the Animals and ‘John Riley’ with the Byrds.

Joan Baez was also a key influence in the folk revival in the United Kingdom in the 1960s and was cited by Fairport Convention, Pentangle, and Steeleye Span.

Most recently, Joan Baez was inducted into the Rock and Roll Hall of Fame in 2017.

Sort by:
Best sellers Relevance Name, A to Z Name, Z to A Price, low to high Price, high to low
Showing 1-2 of 2 item(s) 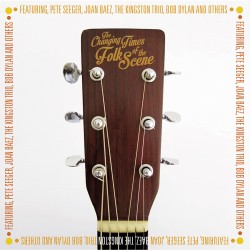 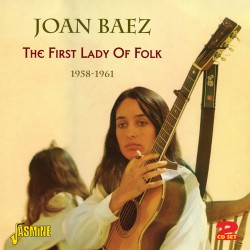