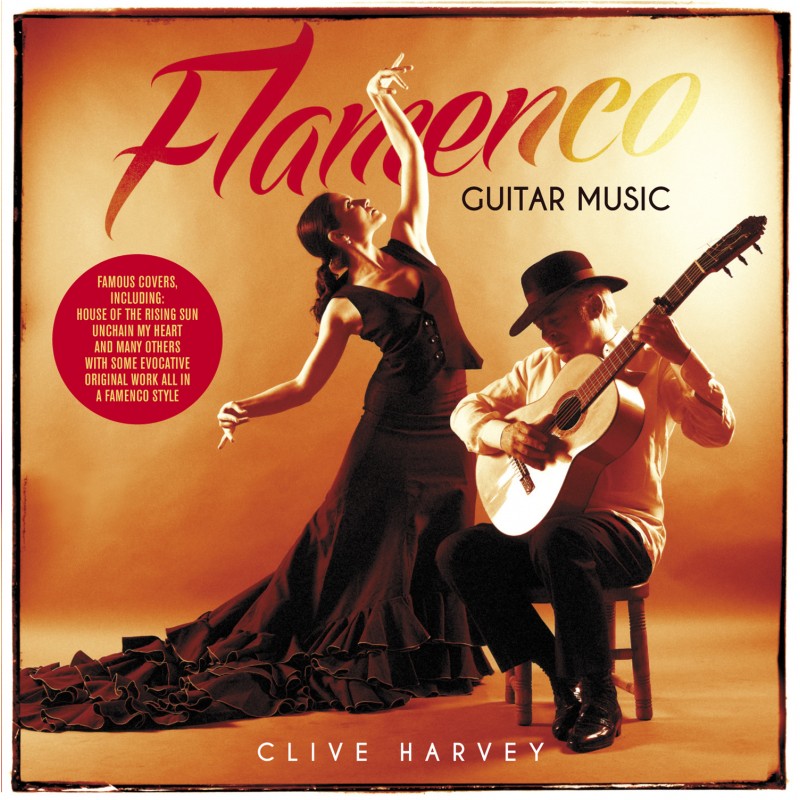 For those of you who share the same obsession for the flamenco guitar, here is an album you simply must add to your collection. After over thirty years of collaboration with various other artists, with releases ,(under the Marocana banner), with the BBC, Castle, Sanctuary and other record companies, Clive Harvey has at last agreed to release some flamenco guitar inspirations of his own.

This is not just a series of purist flamenco tracks, but an inspired album demonstrating versatility. House of the Rising Sun (Flamenco Sun), Unchain my Heart, Spanish Caravan and Hotel California are just some of the iconic covers Clive has remodelled to the magic of the flamenco guitar. Some of these recordings themselves date back to the 1980s, but those one inch tapes have now been digitalized and Clive has played alongside these performances to elevate them to the innovative music you will hear today.

Flamenco has always survived as an absorbent living tradition, enriched from its past by the influx of nomadic, displaced peoples, into Andalusia. With divergent traditions, but with a common cause, these people nurtured their courage from each other. Flamenco music tells the story of a proud people, determined to thrive against a history of invasion, persecution and discrimination. This album paints a tribute to gypsy passion with a compendium of distinctive tracks and compositions in the hope that these will not only do justice to the flamenco way of life, but also help to enlighten those doubting listeners who wrongly assumed this form of music was only for the aficionado and not for them.